One of the reasons for the dramatic performance improvements is the move from a traditional Hypervisor and SAN configuration to the use of Integrated Storage.

The benchmarking tests were performed on the current infrastructure, utilising the EqualLogic SAN and the new Hypervisors which utilise cutting edge Integrated Storage technology.

For these tests, we created 2 cloud servers on each infrastructure in order to compare the results. The cloud servers were based on Fluccs’ Plan 2 and Plan 4.

UnixBench is an industry standard benchmarking tool, ideal for measuring the overall performance of Linux servers. As can been seen from the table and the graph, the performance is three times better on the new infrastructure. 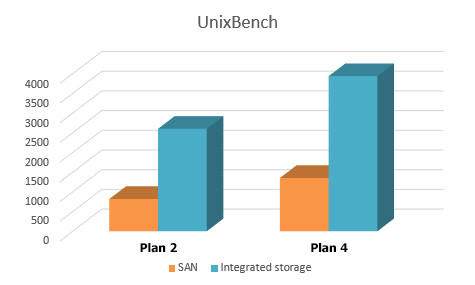 Input/Output Operation Per Second, or IOPS, is a performance measurement used to evaluate a new storage system.

As a testing tool for both Linux and Windows, Fio is an industry standard benchmark for stress and I/O testing. 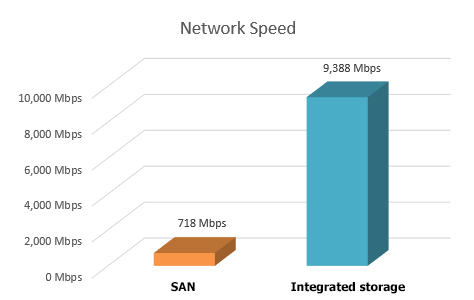 Discover what all the excitement over Integrated Storage is here